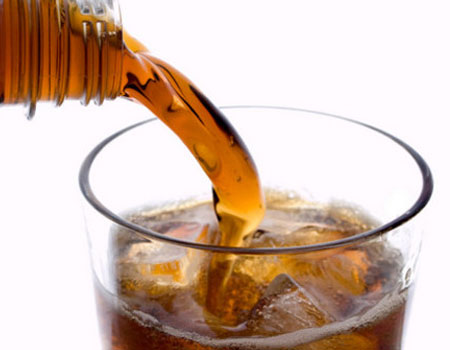 Here are eight popular beverages most people think to be pretty acceptable or even healthy, but they might be surprised to discover that they’re actually much better off by ditching most of these entirely or replacing them with other beverages (or foods) that do a better job at keeping them hydrated and offering nutritional value.

Everyone knows at least one person who can’t get through his day without a Red Bull, Rockstar, or Monster Energy drink. He swears it gives him the kick they need to stay alert and get through all the crazy things he needs to do, especially if he’s been running low on sleep lately. It’s a sugar and caffeine addict’s dream beverage.

You might get a nice short-term burst of energy from one of these drinks, but you’ll probably crash later on — if not from the caffeine, then certainly from all that sugar. Just like other caffeinated and sugar-filled beverages, energy drinks can be highly addictive, sometimes causing you to suffer nasty side effects like the jitters, increased anxiety, and more headaches or migraines.

Alright, so most people probably know on some level that their favorite Starbucks drink isn’t all that healthy. For some reason, though, tons of people are still convinced it’s a good idea to use all the calories that come packed into their lattes, cappuccinos, and macchiatos to replace real food for breakfast.

You may be getting an 800-calorie burst of sweet, frothy energy, but the quality of those calories earn you an F in terms of nutrition. All that saturated fat from cream-based ingredients plus sugar-loaded syrups and flavoring leave you with empty calories devoid of any significant nutritional value, plus the tendency to cause you to crash and feel sluggish later on.

The appeal behind certain brands of vitamin-infused beverages is pretty self-explanatory. If it has vitamins, it’s got to be healthier than pretty much any other drink, right? That’s exactly what the companies that produce and sell them want you to think.

It’s true that vitamin beverages have vitamins added to them, but don’t think for a second that it makes up for all the other junk you can find added to them too. For example, one bottle of Vitaminwater contains a whopping 33 grams of sugar. That’s even more than what you get from the average can of soda.

If you really want vitamins, try asking your doctor for an appropriate supplement. Or better yet, eat a balanced diet of real and healthy foods, and drink lots of water. You can’t a better mix of nutrients from anywhere else other than a variety of fresh plant-based foods and lean sources of protein.

Anyone who used to be a fan of soda of juice is usually a fan of zero-calorie drinks and drink mixes. You know, they’re either those little packets of powder you add to your water to make them taste like juice, or they’re already flavored and sold in cans or bottles at the grocery store.

Obviously, the “zero-calorie” component makes it an attractive choice in comparison to full-calorie drinks. People think they can drink as much of this stuff as they want and never gain a pound.

Shockingly enough though, your body is smarter than that. When it senses something sweet being consumed, it anticipates calories. Since these super sweet drink mixes don’t have any calories, your body gets confused, and then ramps up your hunger hormones so you start to crave high-calorie foods like chips, crackers, cookies, and anything else you can quickly shove into your mouth.

Try squeezing some lemon or lime into some sparkling water for a change. It may not be as sweet as you like, but at least it won’t lead to terrible cravings later on.

Gym rats, endurance runners, and people who do a lot of physically demanding work often rely on drinks like Gatorade and Powerade. For a while now, they’ve been successfully positioned in the market as the best drinks for rehydrating and replenishing electrolytes.

The bad news about these types of drinks is that most of them contain high-fructose corn syrup, too much sodium, and almost just as much sugar as soda. Similar to energy drinks, sports drinks can also cause you to experience a short burst of great performance followed by a plummeting crash.

Unless you’re spending all day trekking through a hot dessert on foot, you don’t need this type of drink. The trick is to hydrate (with plain water) and feed yourself enough healthy carbs and protein before you work out. Adding a very small amount of unprocessed sea salt to your water as you sip on it through your workout can be a helpful option too, but not totally necessary unless you’re working out for a prolonged period.

What could be so bad about freshly squeezed fruit juice? The general assumption is that it’s healthier than the stuff you buy preprocessed in cartons, jugs, bottles, and cans. Juicing your own fruits (and even veggies) means you get the fresh stuff without all the added sugar, preservatives, and other nasty junk that often gets mixed into the store-bought stuff.

There’s just one big problem with juicing, though. You miss out on fiber, which keeps you fuller longer and prevents that blood sugar spike you experience from eating stuff that’s far too sweet. Sure, you get most of the vitamins and minerals from using fresh ingredients, but you basically just end up consuming pure sugar, which really needs to be balanced with fiber.

You have two options to fix this: either start consuming your fruits and veggies whole, or switch from juicing to making smoothies. Just drop the full fruit or veggie into a blender with some other ingredients, water, and ice, and you’ll still get the benefit of the whole thing in liquid form.

There’s a big trend in the health and fitness world concerning coconut water these days. To be specific, health fanatics and super athletes believe it to be the Holy Grail of hydration and a natural, low-calorie alternative to sports drinks for being so high in potassium.

This is one drink that there’s been a lot of debate over lately. The health benefits that coconut water has to provide are actually hugely exaggerated, and chugging a bottle of the stuff while you workout or after you’re done isn’t any better than eating something with sodium or potassium before you work out, like a banana, in addition to drinking plenty of water.

Some athletes swear by it, though. So if you love coconut water and you think it helps, you can keep drinking it — just don’t entirely depend on it in place of real food and plain water, and make sure you choose a brand that doesn’t add any sweeteners or use a concentrate instead of the fresh stuff.

Almond milk has quickly become everyone’s favorite alternative to cow’s milk. It’s affordable, it tastes good, it goes great with smoothies, and it’s an ideal choice for those who are sensitive to dairy. Derived from almonds, some fans of the drink are led to believe that they offer all or most of the nutritional benefits of the actual nut itself.

As it turns out, almond milk is only made up of about two percent of real almonds, therefore lacking most of the healthy fat, protein, vitamins, and minerals you get from eating the nuts in their solid form. As if that weren’t depressing enough, some types of almond milk have added sugar to sweeten them up, burdening you with more unnecessary and empty calories.

You’re better off drinking a cold glass of water and snacking on a handful of raw almonds. Even for an extra 160 calories or so, at least you’ll be satiated and get the full nutritional benefit of what almonds have to offer.