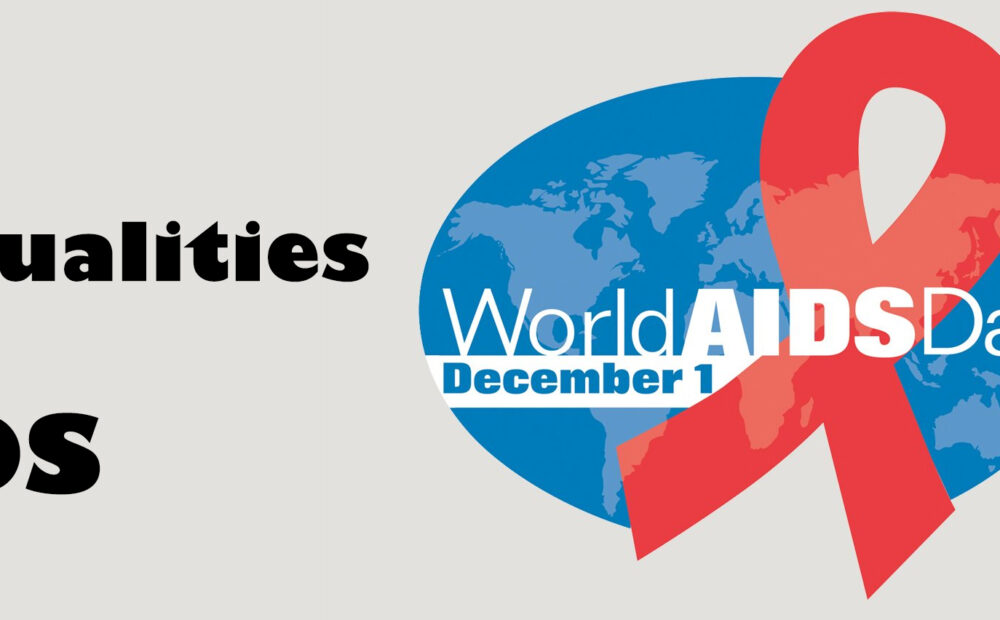 World AIDS Day originated at the 1988 World Summit of Ministers of Health on Programmes for AIDS Prevention. Since then, every year December 1st is observed universally as World AIDS Day, by the World Health Organisation (WHO). The chief goal of this annual campaign by the WHO is to spread awareness amongst the general public about AIDS – the deadly disease. It also lays emphasis on the advanced treatment options available for HIV positive patients in primary healthcare centres and the methodology of effectively eliminating AIDS.

The theme declared by the WHO, for World AIDS Day 2021 is,

This endeavour highlights the inherent economic, social, cultural and gender-based disparities that exist in communities worldwide, stressing on removing these factors which limit healthcare facilities for affected patients and work towards bringing an end to the HIV epidemic.

Of the nearly 40 million people all around the globe affected by AIDS, more than 50 per cent have received a significant reduction in HIV infection by antiretroviral treatment. Understanding the basic pathology of this debilitating condition and taking preventive measures is of foremost importance, inefficiently lowering the occurrence of AIDS in people of all ages.

What Is HIV And AIDS?
HIV stands for human immunodeficiency virus, which attacks the immune system in the body of an individual. As a result, the affected person becomes unable to efficiently combat any microbial pathogens invading the body and cannot control the progression of grave disorders like cancers and neurodegenerative ailments like Alzheimer’s, dementia etc.

This leads to the patient becoming immunodeficient, meaning they develop a compromised immune system with weakened defences against any foreign components targeting the body.

When HIV evolves to the maximum extent in the body of the affected individual, it manifests itself as Acquired Immunodeficiency Syndrome (AIDS). This condition causes certain severe cancers like breast cancer, prostate cancer, reproductive malfunctions, and metastasizing infections.

How Does The HIV Virus Spread?
HIV spreads from the infected person to a healthy person via body fluids namely blood, semen, rectal fluids, vaginal fluids, and even breast milk. The most frequent means of transmission is therefore by sexual intercourse, pregnancy or dirty and used needles in injections.

What Are The Various Treatment Approaches For HIV-AIDS?
The primary treatment for HIV-AIDS is antiretroviral medications prescribed by the doctor to be taken by the patient at the specified dosage. This is termed Antiretroviral Therapy (ART) and entails ingesting a combination of drugs on a daily basis, that combat HIV and safeguard the immune system. There are six distinct categories of antiretroviral drugs, namely:

The immune system is comprised of T-lymphocytes or T cells and B lymphocytes or B cells, which regulate antigen-specific responses by synthesizing complementary antibodies and preserving the adaptive immune functions. Since the HIV virus targets CD4 cells – a specific type of T cells responsible for maintaining acquired immunity in the body, antiretroviral drugs shield the CD4 cells from the viral particles and thus sustain the immune system to prevent disease.

Although there is no cure for HIV, ART i.e. antiretroviral therapy lowers the chances of HIV infection advancing to the more severe condition – AIDS and developing disorders of the kidneys, liver and even cancer. Adhering to the treatment regimen of antiretroviral medicines reduces the viral load i.e. active pathogens in the blood circulation of the patient and also maintains optimal levels of CD4 type of immune T cells, to protect the body from other ailments.

What Are Ways By Which HIV Transmission Can Be Prevented?
The best way to prevent the spread of HIV and avert contracting the fatal condition of AIDS is to limit exposure to the risk factors.

The general public can actively engage their community and take strides towards remarkably decreasing the incidence of HIV and AIDS amongst people of all age groups, be it young adults, middle-aged or the elderly.

Some effective measures in this regard comprise:

Finally, every person residing in every segment of society must be aware of the hazards of unprotected sexual intercourse and the serious complications it can result in. In this manner, the spread and occurrence of HIV and AIDS infections can be reduced significantly.