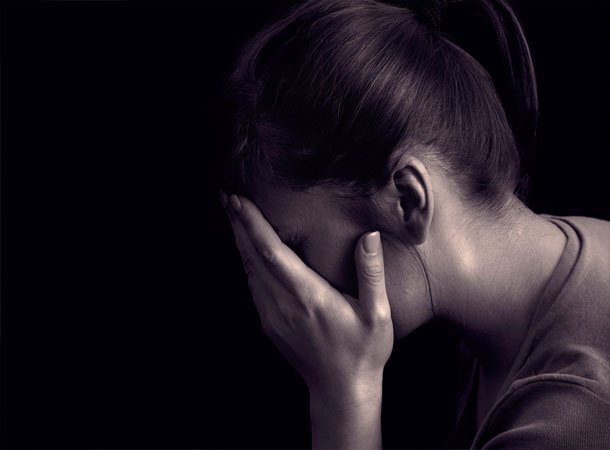 1. Avoid Junk Food, Fast Food, And Processed Food
It may or may not be surprising, but junk food has actually been linked to depression. In fact, according to one study published in the journal Public Health Nutrition, both junk food and fast food (if there is really a difference) consumption sparks depression. The researchers found that those consuming fast food are 51 percent more likely to be depressed than those consuming very little or none of the health-compromising food. The study concludes with: “Fast-food and commercial baked goods consumption may have a detrimental effect on depression risk”.
2. Expose Yourself To More Sunlight, Up Vitamin D3 Intake
You’ve probably heard it before: if you’re feeling depressed, get some mood-uplifting sun exposure. Well, this advice actually holds true for multiple reasons. There are a multitude of studies that have found an association between vitamin D deficiency and an increased risk of depression. Further, increasing vitamin D was found to reduce depression risk specifically.

3. Don’t Drink Diet Soda
Similar to findings linking processed foods with depression, research has also found a link between diet soda consumption and depression. A recent study by the National Institutes of Health found that 31% of individuals consuming 4+ daily servings of artificially sweetened soda, iced tea, or fruit drinks had been diagnosed with depression. This compares to 22% of regular soda drinkers reporting a diagnosis of depression. Further, those drinking 4 or more cups of coffee per day were 10% less likely to suffer from depression than non-coffee drinkers.

4. Consider Throwing Away The Antidepressants
Some individuals taking antidepressants view the medication as a life-saver, but these pharmaceuticals often have no positive effect. In fact, research has shown that a simple placebo can match antidepressants. A Harvard Medical School lecturer and Associate Director of the Program in Placebo Studies at Harvard was recently featured in a CBS 60 Minutes new program showing that anti-depressants are uselss for mild to moderately depressed patients. A placebo is almost always nearly as effective. The best part? No negative side-effects.

5. Stop Ingesting So Much Fluoride
Seeing as fluoride can lower IQ, cause cancer, damage the thyroid and pineal gland, and even up heart disease risk, is it any surprise that the toxic chemical can cause depression?

6. Get enough sleep.
There’s nothing like tossing and turning all night to put you in a bad mood, but sleep disturbances may go further than that. According to researchers, disturbances in circadian rhythms have been linked to depression, and resynchronizing circadian rhythms using melatonin supplements or light therapy may actually have antidepressant effects.

7. Exercise.
You’ve probably heard this before, but listen up: Exercise is incredibly valuable, not only for general health, but for its mood-boosting effects, too. You don’t need to run a marathon to reap the benefits of exercise. In a recent study, researchers had depressed patients pedal a stationary bike, measuring their subjective symptoms and cortisol (stress hormone) levels before and afterwards. They found that after just 15 minutes of exercise, both the patients’ symptoms of depression and cortisol levels were significantly reduced.

8. Regulate your blood sugar.
Have you ever eaten a sugary snack, only to find yourself starving and miserable an hour later? What goes up must come down, and a blood sugar spike followed by a crash is a one-way ticket to a lousy mood. But according to one study, sugar may have a bigger role to play in depression than originally thought. Researchers analyzed data from six countries and found a highly significant correlation between sugar consumption and depression rates.

9. Eat healthy fats.
Are you getting enough fish in your diet? Researchers have found that eating omega-3 polyunsaturated fatty acids (like those found in salmon, trout and sardines) reduces symptoms of depression. Flaxseeds and walnuts are also great sources of omega-3s.

10. Find passion in life.
Even if you’re eating healthy, getting enough sleep and doing your exercise, nothing will boost your mood like having a sense of purpose. According to Blue Zones, people who have a sense of purpose live up to seven years longer than those who don’t.