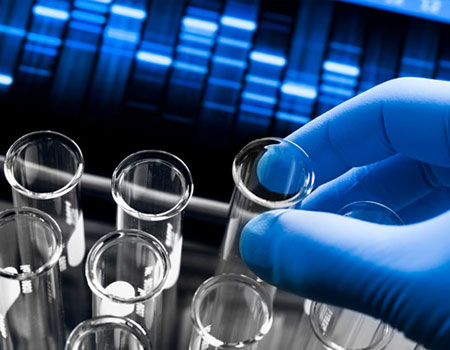 Medicine is an ever-evolving field. New breakthroughs are being made all the time, but there are some discoveries that will always stand out as changing human thinking forever. Thanks to medicine, diseases have been eradicated, babies have been created and illnesses that used to be serious are now relatively mild. So, be grateful for living in the 21st century as we take a look at the Top 10 Greatest Medical Discoveries of All Time.

If you’ve ever visited a museum of naval history, you will inevitably have come across a display that shows how they used to do surgical procedures on board ships in the 1800s. Amputations were done on a table, with the injured man biting on a piece of wood to stop from screaming. You probably shuddered then and are probably shuddering now.

Fortunately, the late 19th century saw the discovery of anesthetia, which numbs all sensation in the patient. An early anaesthetic was cocaine, first isolated by Karl Koller. It was an effective numbing agent, but as we now know it is also addictive and open to abuse. Around the same time, chloroform was also being used to numb pain (as demonstrated by John Snow during one of Queen Victoria’s births), but this too had potentially lethal side-effects. Luckily, today’s anesthetics are both effective and safe.

Another huge difference that occurred in the late 19th century was the drop in birth rate as people started choosing to have smaller families. In the UK, for instance, the birth rate was 35.5 births per 1,000 people in 1870 and was down to 29 per 1,000 in 1900. This was, in part, due to better education about sex and reproduction but it was also due to better methods of birth control.

In the US, the “birth control movement” started a few years later, when a group of radicals, led by Emma Goodman, decided to start educating their fellow women about contraception to try and control the number of unwanted pregnancies. Their campaign was eventually successful and the Planned Parenthood Federation of America was formed in 1942. Birth control remains unpopular with some religious groups, but it has had a profound and undeniable social effect.

Another controversial one now, with the combined vaccine for measles, mumps and rubella. It was licensed in 1971, by Maurice Hilleman and immediately had a significant effect on the number of measles cases reported, with hundreds of thousands in the US during the 1960s (1966 saw 450,000) reduced to thousands by the 1980s.

The controversy occurred much later, in 1998, when Andrew Wakefield was paid by lawyers to find a way to discredit the MMR. He did this effectively, by publishing a paper claiming that there was a link between the MMR vaccine and autism. The research has since been entirely discredited, but the effects on vaccination rates was devastating, with the officially eliminated disease reoccurring in the US. Similarly, in the UK the number of measles cases had dropped to 56 in 1998 and was up to 1348 in 2008. There is also an epidemic in the UK in 2013, largely around Wales. MMR rates are now increasing again, thanks to emergency vaccination programs and it can be safely said that the MMR is a significant medical breakthrough.

A medical procedure that is now so common that we take it for granted, the X-Ray was discovered by accident. Its inventor was Wilhelm Conrad Röntgen and on 8 Nov, 1895 he discovered that his cathode ray tube could produce some unusual images. A week later, he x-rayed his wife’s hand and the resulting image was close to our modern x-rays – her bones and wedding ring were clearly visible, but flesh was not. He named it “X-ray” as the x stood for “unknown”, but they are occasionally known as Röntgen rays in his native Germany. He was awarded the first Nobel Prize in 1901 and his invention continues to be used in hospitals everywhere.

Another breakthrough that is used on a daily basis by diabetics, insulin is the life-saving hormone that keeps our blood sugars in check. Diabetics are either missing this hormone entirely (with type 1 diabetes) or produce it but not in a way their bodies can use (type 2). It was first isolated in 1921, by scientists from the University of Toronto, who were later awarded the Nobel Prize for their discovery. The following year, a 14-year-old called Leonard Thompson  became the first human to receive artificial insulin after coming close to a diabetic coma. He rallied after his second dose (the first was found to be impure) and lived another 13 years.

It’s hard to imagine, given that diabetics can now live very normal lives, but Type 1 Diabetes used to be a terminal disease. Apart from diet management, there was nothing that could be done to combat the disease. Nowadays, it still isn’t curable but is manageable thanks to insulin – just as well, given that obesity rates are rising, and diabetes rates with them. Insulin could become the most useful drug in the world.

While birth control was a major breakthrough in limiting unwanted pregnancies, its opposite in many ways,  is just as important. In-vitro fertilization is a way of creating pregnancies, for people who have no other way of getting pregnant. The history of IVF dates back to the 1950s, but it wasn’t until 1978 that the first “test-tube baby” was born. The second was born a year later in Scotland, although there were unconfirmed reports that there had been a baby born in India between the two.

As with any science that is seen to interfere with natural conception, IVF has been controversial. It is still outlawed by the Catholic Church, with its teaching describing babies born through IVF as a “commodity”. There has also been criticism from other quarters about the multi-million dollar nature of the IVF industry and the implications of allowing couples to “design” their baby by selecting embryos based on gender etc. But for childless couples, IVF is a miracle and it should be recognized as an amazing breakthrough.

The discovery of germs was such a huge moment in the history of medicine that it completely changed the way that we think. Prior to that, patients were advised to carry around things that smelt bad, in order to ward off the “bad air” or miasma, particles of decaying matter that got into the air and caused diseases. The actual cause of disease – germs – were discovered by various scientists, but the breakthrough came in 1854, when John Snow linked an outbreak of cholera to a specific water pump in Broad Street, London.

By isolating the source of the disease, he could then analyze what was in the water causing it. He tracked it down to an old cesspit, over which the pump was built and specifically a baby’s nappy that contained the cholera germs. However, his work was rejected by the government of the time, as the idea of people breathing in other people’s fecal matter was considered unseemly. A few years later, Louis Pasteur managed to prove germ theory in laboratory conditions and it is his name that is generally linked to the theory. The work of both men lives on, however, in much-improved sanitation and consequent lower levels of disease.

Another groundbreaking drug that has become so widely used that it seems commonplace. Penicillin was discovered by Alexander Fleming in 1928, almost entirely by accident – a petri dish left overnight showed that a mold was actively repelling the bacteria around it. Fleming developed the anti-biotic and it is now used to treat a number of viruses and infections. A fortuitous discovery that has affected medicine in a profound way ever since.

This is a real success story for vaccinations. Smallpox was once a horror of a disease – killing in its millions – but it has been entirely eradicated thanks to the vaccine. The last recorded case was in 1977, but the worldwide figures for the 20th century still stand at around 30 million deaths. It was also notorious for killing thousands in the colonies, as colonists brought the pox with them and passed it on to the natives. The vaccine was discovered by Edward Jenner, who had learned that a milkmaid was immune to the disease because she’d been exposed to cowpox. Jenner isolated the cowpox and used them as a successful vaccine. One of the greatest achievements in medical history.

As amazing as all the discoveries so far have been, there is only one which unpicks the fabric of who we are – and that’s DNA. It dictates which physical attributes about us, from eye color to genetic disease. It has played its part in IVF, forensics and so many other fields. As with many on our list, the discovery was the work of several people, but it was Francis Crick and James Watson who first produced the double-helix model and subsequently won the Nobel Prize. An amazing insight into what makes us.