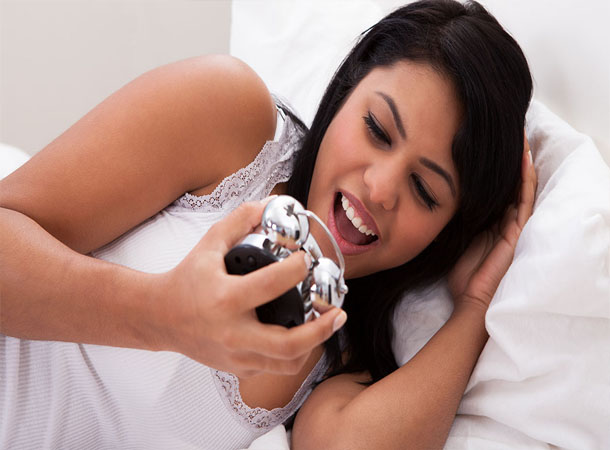 2. It could cause you to die younger
According to WebMD, researchers have found that eight or more hours sleep a night could shorten your life. The study included more than 1 million participants and found that those who slept eight hours or more each night died younger. They note that this cannot be fully explained but that there is a strong association.

4. You May Experience More Headaches
This just seems unfair. Getting a blissful 12 hours and waking up to a head that feels split in half by an axe? What on earth is going on with that?

5. You’re More Likely To Have Depression
Oversleeping actually isn’t a clear indicator that you’re depressed only 15 percent of all depressed people oversleep but it does seem that oversleeping makes it more likely that you’ll develop a form of depression in your life. Lethargy and the refusal to get out of bed are pretty powerful psychological influences on mood, which is why so many psychologists tell depressed patients to regulate their sleep as much as possible. And, obviously, there’s the point we just discussed: oversleeping lowers your serotonin, which is likely to kill your mood.

6. People with a condition called hypersomnia oversleep quite a bit
Hypersomnia is a condition characterized by excessive daytime sleepiness, and excessive nighttime sleeping. People with hypersomnia feel the need to nap repeatedly throughout the day, although the naps do nothing to relieve the sleepiness. Napping can also come at inappropriate times, such as during work or meals. These people may routinely experience sleep inertia as well.

7. Those who use alcohol or other drugs can have problems with oversleeping
Drowsiness is a common side effect of many medications.

8. It could make you more tired
Sleeping too much can leave you feeling less rested and more tired. Because your body is trying to compensate poor quality sleep with larger quantity sleep, you may feel less energized. Quality over quantity is the key here.
Sources:
http://www.sleepphones.com/blog/cantoomuchsleepbebadforyou
http://www.huffingtonpost.com/2015/02/16/sleeping-too-much-health_n_6672274.html
http://www.symptomfind.com/health/effects-of-oversleeping/
http://www.bustle.com/articles/119984-8-reasons-too-much-sleep-is-actually-bad-for-you
http://generationopportunity.org