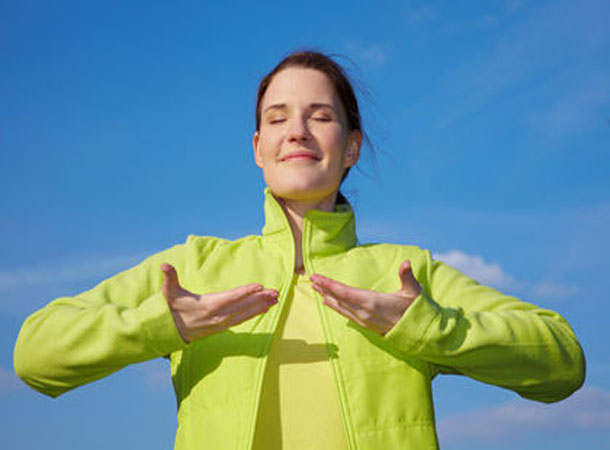 1. Lungwort
Lungwort clears catarrh from the upper respiratory tract, nose, throat, and upper bronchial tubes, while helping the body soothe the mucous membranes in these regions and lessening coughs. It is also good for bronchitis. Lungwort combines well with coltsfoot, lobelia, and horehound. As an infusion, mix one to two teaspoons of dried herb per cup and drink one cup three times a day. Alternatively, take a quarter to one teaspoon of tincture three times a day.

2. Oregano
Although oregano contains the vitamins and nutrients required by the immune system, its primary benefits are owed to its carvacrol and rosmarinic acid content. Both compounds are natural decongestants and histamine reducers that have direct, positive benefits on the respiratory tract and nasal passage airflow. Oregano has so many health benefits that a bottle of organic oregano oil should be in everyone’s medicine cabinet. I recommend you check out this article to learn all the uses for organic oregano oil.

3. Plantain Leaf
The plantain leaf has been used for hundreds of years to ease cough and soothe irritated mucous membranes. Clinical trials have found it favorable against cough, cold, and lung irritation. Plantain leaf has an added bonus in that it may help relieve a dry cough by spawning mucus production in the lungs. Good stuff!

4. Elecampane
The Greeks, Romans, Chinese, and even Indian Ayurvedic medicine have cited elecampane for respiratory support and, since the 1800’s, lozenges and cough drops have been produced from elecampane root. The reason? Elecampane has a relaxing effect on smooth tracheal muscles. There are two active compounds in elecampane root that provide the beneficial effect — inulin, which soothes bronchial passage, and alantolactone, an expectorant with antitussive action.

5. Chaparral
Chaparral, a plant native to the southwest, has been appreciated by the Native Americans for lung detoxification and respiratory support. Chaparral contains powerful antioxidants that resist irritation and NDGA which is known to fight histamine response. Chaparral is also an herb that fights harmful organisms. The benefits of chaparral are most available in a tincture extraction but chaparral tea may support respiratory problems by encouraging an expectorant action to clear airways of mucus.

6. Peppermint
Peppermint, and peppermint oil, contains menthol — a soothing ingredient known to relax the smooth muscles of the respiratory tract and promote free breathing. Paired with the antihistamine effect of peppermint, menthol is a fantastic decongestant. Many people use therapeutic chest balms and other inhalants that contain menthol to help break up congestion. Additionally, peppermint is an antioxidant and fights harmful organisms.

7. Osha Root
Osha is an herb native to the Rocky Mountain area and has historically been used by the Native Americans for respiratory support. The roots of the plant contain camphor and other compounds which make it one of the best lung-support herbs in America. One of the main benefits of osha root is that it helps increase circulation to the lungs, which makes it easier to take deep breaths. Also… when seasonal sensitivities flare up your sinuses, osha root, which is not an actual antihistamine, does produce a similar effect and may be help calm respiratory irritation!

8. Lobelia
Lobelia is an excellent herb for lung concerns, coughs, infections, bronchial asthma, and excessive phlegm. It helps alleviate bronchial spasms, making it useful for asthmatics. It is an extremely strong herb and should therefore be used with caution. Follow package directions. Do not exceed recommended dose.

9. Mullein
The leaves and flowers of the mullein plant soothe mucous membranes in the respiratory tract while clearing excess mucus. It lessens inflammation and pain, including within the nasal lining, throat, bronchial tubes, and digestive tract. Mullein is also mildly cleansing for the urinary tract. It is helpful for coughs, sore throats, and bronchitis. Use one to two teaspoons of dried herb per cup of water to make infusions. Drink one cup three times a day. Alternatively, take a quarter to one teaspoon of tincture three times a day.