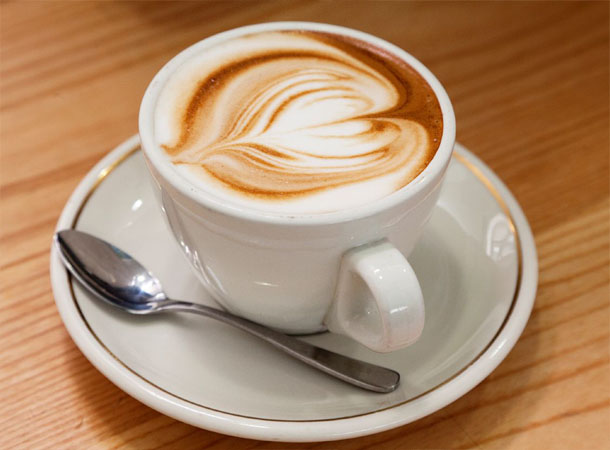 1. Coffee is a potent source of healthful antioxidants.
In fact, coffee shows more antioxidant activity than green tea and cocoa, two antioxidant superstars. Scientists have identified approximately 1,000 antioxidants in unprocessed coffee beans, and hundreds more develop during the roasting process. Numerous studies have cited coffee as a major–and in some cases, the primary–dietary source of antioxidants for its subjects.

2. Coffee curbs depression.
Multiple studies have linked coffee drinking to lower rates of depression in both men and women. In several studies, the data suggested an inverse relationship between coffee consumption and depression: in other words, heavy coffee drinkers seemed to have the lowest risk (up to 20 percent) of depression.

3. Increase your fiber intake
A cup of brewed coffee represents a contribution of up to 1.8 grams of fiber of the recommended intake of 20-38 grams.

4. Protection against cirrhosis of the liver
Of course you could just cut down on the alcohol intake. Another more recent study also showed coffee’s liver protecting benefits. link. Yet another study showed that both coffee and decaffeinated coffee lowered the liver enzyme levels of coffee drinkers.

5. Caffeine provides a short-term memory boost.
When a group of volunteers received a dose of 100 milligrams (mg) of caffeine, about as much contained in a single cup of coffee, Austrian researchers found a surge in the volunteers’ brain activity, measured by functional magnetic resonance imagery (fMRI), as they performed a memory task. The researchers noted that the memory skills and reaction times of the caffeinated volunteers were also improved when compared to the control group who received a placebo and showed no increase in brain activity.

6. Coffee drinkers have less risk of heart disease
Korean researchers found that study participants who consumed 3 to 5 cups of coffee a day were less likely to show the beginning signs of heart disease. The study. Other dietary factors should also be noted as Koreans typically have a different diet than do Westerners.

8. Coffee may help curb certain cancers.
Men who drink coffee may be at a lower risk of developing aggressive prostate cancer. In addition, new research from the Harvard School of Public Health suggests that drinking four or more cups of coffee daily decreased the risk of endometrial cancer in women by 25 percent as compared to women who drank less than one cup a day. Researchers have also found ties between regular coffee drinking and lower rates of liver, colon, breast, and rectal cancers.

10. Coffee can enhance exercise performance.
We’ve been conditioned to believe that caffeine is dehydrating, one of the primary reasons why fitness experts recommend nixing coffee pre- and post-workout. However, recent research suggests that moderate caffeine consumption–up to about 500 mg, or about 5 cups per day–doesn’t dehydrate exercisers enough to interfere with their workout.