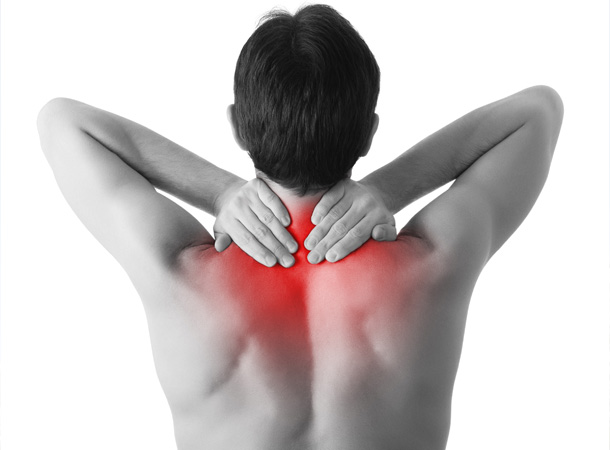 Pain is your body’s way of telling you that something isn’t quite right. More often than not, you have some idea of what’s behind it. But when it comes on suddenly, lingers longer than usual, or just seems different, it calls for medical attention—and the sooner, the better. According to experts, all of the following pain conditions should be considered red flags.

1. Pain or discomfort in the Chest
Chest pain could be pneumonia or a heart attack. But be aware that heart conditions typically appear as discomfort, not pain. Symptoms like sharp aches between your shoulder blades, chest pain that doesn’t go away, varied shortness of breath, and any upper body pain that hasn’t occurred before can be dangerous. If you experience any of these symptoms,  you should call your doctor or emergency services immediately.

2. Severe head pain
Chances are, it’s a migraine. But if it isn’t accompanied by other migraine symptoms (such as a visual aura), sudden, severe head pain can signal a brain aneurysm. “A burst aneurysm can cause brain damage within minutes, so you need to get medical attention immediately,”

3. A throbbing tooth
It’s likely that the tooth’s nerve has become damaged, probably because the surrounding pearly white enamel is cracked or rotting away. Unless you get it patched up quickly, bacteria in your mouth can invade the nerve. And you definitely don’t want that breeding colony to spread throughout your body. If your tooth is already infected, you’ll require a root canal, in which the tooth’s bacteria-laden pulp is removed and replaced with plastic caulking material.

4. Sharp pain in your side
If you feel as if you’re being skewered in your right side, and you’re also nauseated and running a fever, you could have appendicitis. For women, another possibility is an ovarian cyst. Typically these fluid-filled sacs are harmless and disappear on their own. But if one twists or ruptures, it can cause terrible pain. In both cases, you’re looking at emergency surgery. If you don’t remove an inflamed appendix, it can burst. A twisted cyst also needs to be removed right away, as it can block blood flow to the ovary within hours.

5. Abdominal discomfort with gas or bloating
For the past month, you’ve felt gassy and bloated more days than not, and it takes fewer slices of pizza to fill you up than it once did. If the symptoms are new, the worst-case scenario is ovarian cancer. In 2007, the Gynecologic Cancer Foundation released the first national consensus on early symptoms of this form of cancer: bloating, pelvic or abdominalpain, and difficulty eating. If you start experiencing them almost daily for more than two or three weeks, consider it a red flag. Schedule an appointment with your ob-gyn to discuss your symptoms.

6. Burning feet or legs
In some people who don’t know they have diabetes, peripheral neuropathy could be one of the first signs. It’s a burning or pins-and-needles sensation in the feet or legs that can indicate nerve damage and is an indication that you may be diabetic.

One of the lesser known dangers is deep vein thrombosis (DVT), a blood clot that can occur in the leg’s deep veins. It affects 2 million Americans a year, and it can be life-threatening. The danger is that a piece of the clot could break loose and cause pulmonary embolism [a clot in the lungs], which could be fatal, immobility due to prolonged bed rest or long-distance travel, pregnancy, and advanced age are among the risk factors. Sometimes there’s just swelling without pain. If you have swelling and pain in your calf muscles, see a doctor immediately.