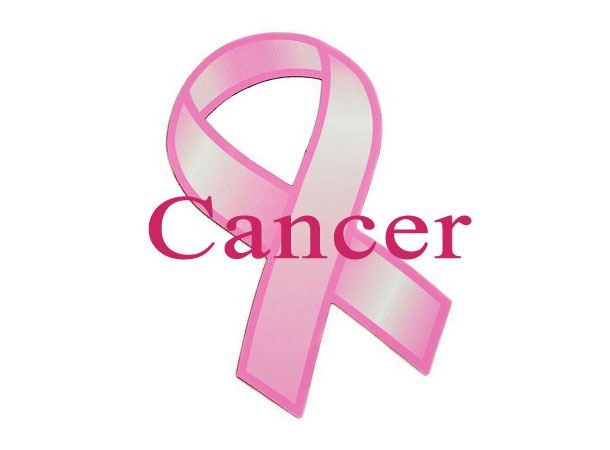 Health experts emphasize the importance of paying attention to warning signs and symptoms that could indicate undiagnosed cancer. If cancer is the cause, early detection by doctors greatly improves the chances of successfully treating the condition.

Though the signs and symptoms described below do not necessarily indicate cancer, do not ignore them. If you experience any of these symptoms, analyze your symptoms and get an appointment with a doctor soon.

There are more than 200 types of cancer. The most common types include lung, prostate, breast, ovarian, bladder, colorectal, kidney (renal), pancreatic, and endometrial cancers as well as melanoma and leukemia. The survival rate for most of these cancers, especially lung cancer, is often quite poor because more often than not, they are not diagnosed until they are already in an advanced stage, making them harder to treat.

Here are some warning signs of cancer that you need to be aware of and address appropriately if you experience them.

Unexplained weight loss is often one of the first noticeable signs of cancer. It is particularly common in people suffering from solid tumor cancers like breast and lung cancer.

Weight loss often occurs when a cancer spreads to the liver and impairs its functioning, especially related to regulating appetite and removing toxins. Weight loss can also be an early sign of colon or other digestive cancers.

Unexplained weight loss is so common that:

If you have not been trying to drop some pounds by exercising and watching your diet but you are losing weight anyways, consult a healthcare provider. Losing 10 pounds a month or up to 10 percent of your weight in a span of six months can be cause for concern.

Though a fever may simply indicate that your body is fighting an infection, a persistent or prolonged fever can be a sign of a cancerous condition, such as lymphoma. Leukemia, a cancer of the blood cells, can also cause symptoms like frequent infections, fevers, fatigue, aches, and other flu-like symptoms.

Weakness and fatigue that does not diminish, even when you get more sleep and rest, should be evaluated by a doctor. It can be a sign of a variety of cancers, so you and your doctor will need to consider other symptoms as well.

4. Wheezing or shortness of breath

Though wheezing and shortness of breath can be caused by a variety of conditions, these symptoms can be associated with lung cancer too. When a tumor in a lung presses against and narrows an airway, it may lead to wheezing – a whistling sound that occurs during exhalation due to constricted airways.

At times, symptoms of cancers like leukemia and lung tumors can mimic a bad cough or bronchitis. The problem may persist or come-and-go in repeating cycles. There may also be chest pain extending into the shoulder or down the arm. Consult a doctor if you experience any of these symptoms.

Also, get yourself checked by a doctor if you have a cough and hoarse voice for more than six weeks, especially if you smoke or have smoked in the past. Occasionally, a hoarse voice may be a symptom of laryngeal, thyroid, esophageal, or lung cancer.

Unexplained abdominal bloating continuing on-and-off over a long period of time may be sign of ovarian cancer. Bloating accompanied by pelvic pain, swelling in the abdomen, and feeling full may be another tip-off to this condition. Similarly, pain or bloating in the stomach after eating can be a sign of stomach cancer.

Heartburn is usually a symptom of acid reflux disease, but if it is persistent, it may be associated with Barrett’s esophagus or esophageal cancer.

A study published in the journal Clinical Gastroenterology and Hepatology in May 2012 found that inflammation of the tissue lining in the esophagus caused by chronic heartburn may increase the risk of esophageal cancer.

Moreover, a study by researchers at Rhode Island Hospital discovered a pathway linking Barrett’s esophagus to the development of esophageal cancer. The research was published in the American Journal of Cell Physiology in 2013.

If you notice a change in your bowel habits (toilet habits) that lasts four weeks or longer for no obvious reason, consult your doctor as it may be a sign of bowel cancer, especially in older adults.

Trouble swallowing, or the feeling that food is stuck in the throat or chest, that gets worse with time can be a symptom of esophageal or throat cancer. Symptoms of these cancers also include pain or a burning sensation when swallowing food.

Esophageal cancer typically does not cause symptoms initially, so do not ignore these symptoms if they occur. Similarly, difficulty swallowing can be one of the first signs of lung cancer.

Jaundice is characterized by yellowing of the skin and the whites of the eyes. Though it is mostly considered a symptom of liver or gallbladder disease, it can also be caused by pancreatic cancer interfering with the bile duct and liver.

11. Unusual swelling or lumps in the body

Unusual lumps on the breasts, testicles, groin, neck, abdomen, underarms, or other parts of the body should be thoroughly checked by a doctor, especially if they last for three weeks or more.

At times, an enlarged lymph node or lump under the arm can be a sign of breast cancer. Red, sore, swollen breasts may indicate inflammatory breast cancer.

Changes on your skin rarely cause pain and often pose little or no health concerns, but experts recommend screening for cancer when you see:

Unusual changes in fingernails can indicate several types of cancers, such as skin, liver, or lung cancer. While each of the following changes can occur for many reasons, they could be warning signs of cancer.

Pelvic or lower abdominal pain, accompanied by pelvic heaviness, may be a symptom of ovarian cancer. It may also cause changes in bathroom habits. Generally, women are more at risk of developing ovarian cancer if they:

Plus, pain in the pelvic area may be a sign of uterine cancer or leukemia (when pain is due to an enlarged spleen).

Though aches and pains tend to be vague, if you experience persistent unexplained pain or if it comes-and-goes over a period of four weeks or more, then it is better to get the problem checked by a doctor. Pain is often an early symptom of bone or testicular cancer.

Blood in your urine, though sometimes a symptom of a urinary tract infection, can be caused by bladder or kidney cancer. Similarly, blood in stools, though a common sight among those who have hemorrhoids, can be a symptom of bowel cancer.

Bleeding between periods or after menopause may indicate endometrial or uterine cancer. In rare cases, vaginal bleeding may be due to vaginal cancer. Bleeding from the gastrointestinal tract may be a sign of colorectal cancer.

Vomiting blood and coughing up blood may be signs of stomach or esophageal cancer and lung cancer, respectively. Excessive bruising and bleeding that does not stop could be signs of leukemia. While abnormal bleeding can be caused by other illnesses too, it still needs to be evaluated by a doctor.

So, apart from getting your recommended health check-ups and cancer screenings, be sure to keep an eye on the symptoms mentioned above. Try to adopt the “better safe than sorry” approach and get these symptoms checked out by a doctor, particularly if you do not have health issues that would otherwise cause such symptoms.