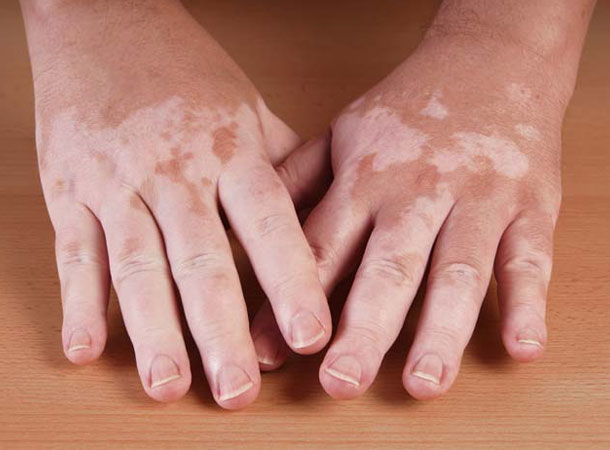 Recent developments in the field of dermatology has enabled doctors to cure vitiligo, a common skin disease that produces white patches, to a great extent.

Second only to leprosy, in courting ostracism and social rejection, vitiligo has probably the most myths and unscientific theories associated with it. We hope that by educating people about the disorderies we can begin to change the public perception.

Here are some common myths surrounding vitiligo and an attempt to debunk them:

Myth 1: Vitiligo is caused by the wrath of God for our wrong doings. Other superstitions suggest certain types of deodorant set off vitiligo or that you can get it by patting dogs with white spots on their head.

Fact: Factually, none of these superstitions are true because if at all any of this was true then almost everyone on this earth would have had atleast one white patch on their skin.

Therefore, notions like these are baseless and arise from a lack of understanding of the disease. Scientifically, it has been found that vitiligo is caused by the destruction of melanocytes, the pigment producing cells of the skin. When these stop functioning, no pigment is produced and hence the skin in that area becomes white in colour.

Myth 2: Vitiligo is a result of wrong combination of foods, like, drinking milk shortly after eating fish brings on the disease.

Fact: In reality, vitiligo has no connection with diet. It is unreasonable to deprive patients of sour foods like curd, lemon, pickles and tomatoes in the hope of decreasing the severity of the disease.

However, factors which are believed to aggravate vitiligo are injuries — new patches appear where skin is subject to friction of trauma like scratches, burns, cuts, emotional stress, pregnancy and pressure sores.

Myth 3: Vitiligo patients are inferior in their physical or mental capabilities.

Fact: Please remember, vitiligo is restricted exclusively to the skin. Therefore, it has no connection with, or does not affect or influence any other body part, organs or intelligence level.

Myth 4: Vitiligo is a type of leprosy and is contagious.

Fact: Vitiligo is in no way related to leprosy. It is not contagious and therefore, cannot spread from one person to another via touch, saliva, blood, inhalation, sexual intercourse or sharing of personal items (drinking bottle, towels).

Myth 5: Vitiligo is related to other skin disorders such as albinism and skin cancer.

Fact: There are clear distinctions between each of these disorders, none of them being related to vitiligo.

Individuals with albinism are born with little or no melanin in their skin, whereas vitiligo onset occurs during one’s lifetime as the melanocytes become damaged. Also, vitiligo rarely encompasses the entire body like albinism.

While skin cancers arise from mutations in DNA, the genetic information within skin cells cause them to behave abnormally and grow uncontrolled unlike vitiligo, which is a completely separate skin disorder, occurring through different mechanisms.

Fact: Medical science has given us an entire armament to battle the disease — treatments like immunomodular drugs, steroids, Ultraviolet A and the newer narrow band Ultraviolet B are available. In addition, various surgical options like punch grafting and split thickness grafting, can be done.

The latest technique is melanocyte transfer, in which only melanocytes from normal skin are harvested and inoculated into the vitiliginous patches.

Treatment is no doubt difficult and slow and not all patients respond alike; however, it is more important to treat the stigma than the disease as the mental impact is far more than the effect on physical well-being.