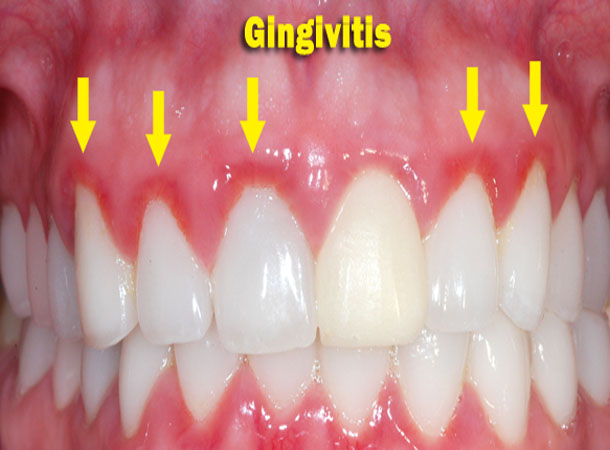 1. Gingivitis
Gingivitis is the first stage of gum disease. Plaque on your teeth and at the gumline that is not removed by brushing and flossing can infect the gums and lead to the symptoms of gingivitis. When gingivitis occurs, your gums may become swollen, tender and sometimes bleed during brushing. This early stage of the disease responds well to good brushing and flossing habits and regular dental checkups.

2. Poor oral hygiene
Gums may bleed when they get inflamed and this occurs when people fail to keep their teeth clean. A lot of people don`t brush or floss properly and this leads to build up of plaque and tartar on the teeth. The gums get irritated and are red, swollen and painful. The gums may then bleed at the slightest provocation. (Read: 8 tips to improve your oral hygiene)

3. Medications
Medications decrease the blood’s ability to clot, which can lead to easier bleeding. Let your dentist and doctor know about your experience and any medications you may be on.

4. New Flossing Routine
Changing your flossing routine can also lead to bleeding gums. For example, if you haven’t remembered to floss in a few days or if you have begun to floss more frequently to help remove food and plaque from between your teeth, then you may notice some bleeding. This should clear up within a week.

5. Crooked or mal-positioned teeth
This may make cleaning teeth very difficult through routine brushing and may lead to gum bleeding. The crooked teeth can also lead to food getting trapped between two teeth. This again causes the gum to become inflamed and bleed easily. (Read: How crooked teeth may cause gum disease)

6. Trauma to the gums
This may occur due to overzealous brushing or using a hard bristled toothbrush which may traumatize the gums. Hence one should use a soft bristled brush and change a toothbrush every 3 months.

7. Vitamin C deficiency
Medically called scurvy, this occurs when one doesn’t include ample fruits and vegetables in one’s diet. This leads to swollen, painful gums which bleed easily.

8. Vitamin K deficiency
This vitamin is an important factor in the clotting process of blood in our body. Hence, when it is deficient, the tendency to bleed from any site in the body – including the gums – increases. The main source of this vitamin in our body is the intestinal microflora or the bugs in our gut. If you’ve been on a long course of oral antibiotics which end up destroying the gut microflora, it could increase the tendency to bleed.

9. Bleeding disorders
There is a whole array of bleeding disorders – genetic and idiopathic (of unknown origin) – including thrombocytopenic purpura, Von Willebrand’s disease etc. which increases our general propensity for bleeding. These may first manifest through bleeding from gums. So never ignore bleeding gums as they might be the mirror to a more serious problem.

10.Liver disease
Our liver is a major organ which produces a lot of factors which once again form an important part of the clotting process in our bodies. So any kind of liver disease or chronic alcoholism which disturbs liver metabolism may lead to bleeding gums.

11. New Toothbrush
Switching from a soft-bristled toothbrush to a firm brush may also result in gums that bleed. Try returning to a soft or medium-bristled brush and talk to your dentist about what toothbrush is right for you at your next appointment.

12. Pregnancy Gingivitis
Some pregnant women experience swollen gums and bleeding during brushing. This is known as pregnancy gingivitis. Hormonal changes during pregnancy alter the body’s response to the bacteria that causes gum disease. According to the American Pregnancy Association, symptoms should clear up after pregnancy. A dental checkup and regular brushing and flossing can help to prevent gum problems from becoming worse.
Preventions
1. Eat a Healthier Diet
Improving your diet can go a long way toward improving your oral health and stopping bleeding gums. A diet full of whole foods, such as vegetables and fruits, gives your gums the nutrients they need. If your diet is packed with nutritionally deficient, sugary foods, such as candy, soda and refined breads, your gums aren’t getting the nutrition they need to stay healthy and intact. An article on The Dr. Oz Show blog recommends boosting the amount of vitamin A, vitamin C, calcium and magnesium in your diet to improve the state of your gums.

2. See your dentist more frequently
Most people have been programmed to see their dentist every 6 months. This seems to be engrained into Western health culture as some sort of golden rule. And it is actually – for people with perfectly healthy teeth and gums!

3. Improve Your Dental Care Routine
Taking good care of your mouth at home can also help stop bleeding gums. Brushing and flossing regularly removes bacteria from the mouth that can inflame your gums, and using the right devices and brushing properly can also help improve the overall health of your mouth and reverse early gum disease. For example, a medium- or firm-bristled toothbrush can be damaging to the gums when pressure is applied during toothbrushing. Instead, choose a soft-bristled brush, such as the Colgate® 360°® toothbrush. Brush gently, using short strokes, to effective brush the teeth and gum line.

4. Relax
If you’re always on the go or always up against a deadline, the amount of stress in your life could be causing your gums to bleed. High levels of stress can affect your oral health in a number of ways. First, stress increases inflammation in your body, which makes your gums more likely to bleed. Too much stress also reduces your immune system’s functionality, making it more difficult for your body to fight infection and to heal. A 2006 study, published in the Journal of Periodontology, found that women with stress-related depression had higher levels of inflammation in the gums and increases levels of plaque buildup.

5. Quit Smoking
Smoking is terrible for your health. Along with increasing your risk for certain cancers and heart disease, it plays a big role in the development of gum disease, according to the American Academy of Periodontology. The toxins in tobacco smoke keep your gums from getting the nutrition that they need, and can lead to inflammation. Quitting can be tough, but it’s one of the most important things to do if you want to protect your oral and overall health.

6. Stop Sharing
Gum disease and bleeding gums are contagious. If your partner has a lot of bacteria in his or her mouth, then you’re likely increasing your risk for gum problems. Avoid sharing anything that comes into contact with another person’s mouth, from toothbrushes to water glasses.

7. Periodontal intervention (a.k.a. periodontal treatment)dentist-mirror-probe
Routine cleanings are for people with healthy teeth and gums. Infected gums require specialized care, often utilizing advanced instruments and medicaments as well as treatment protocols that are specifically tailored for the periodontally involved patient (this usually means a different type of cleaning and more often).

8. Brush your teeth…. Properly!
If you are already brushing often enough and long enough, then perhaps it is your technique that is suffering. Many people use brushes that are too stiff and they brush their teeth like they are trying to clean their BBQ grill.
Sources:
http://www.colgate.com/en/us/oc/oral-health/conditions/gum-disease/article/sw-281474979280563
http://dentalcarematters.com/how-to-stop-bleeding-gums-once-and-for-all/
http://www.colgate.com/en/us/oc/oral-health/conditions/gum-disease/article/sw-281474979159620
http://www.thehealthsite.com/oral-health/top-10-causes-of-bleeding-gums/
http://www.pouritup.org