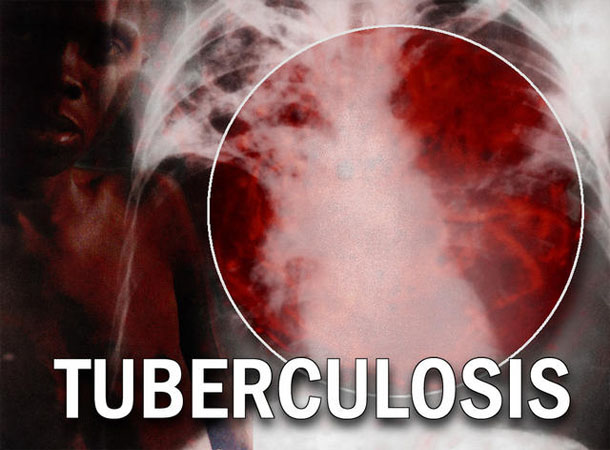 Tuberculosis (TB) is caused by a bacterium called Mycobacterium tuberculosis. The bacteria usually attack the lungs, but TB bacteria can attack any part of the body such as the kidney, spine, and brain. If not treated properly, TB disease can be fatal.

Cause
Only people who have active TB infections can spread the TB bacteria. Coughing, sneezing, even talking can release the bacteria into the surrounding air, and people breathing this air can then become infected. This is more likely to happen if you’re living in close quarters with someone who has TB or if a room isn’t well ventilated.

Once a person is infected, the bacteria will settle in the air sacs and passages of the lungs and, in most cases, will be contained by the immune system.

Symptoms of Tuberculosis
While latent TB is symptom less, the symptoms of active TB include the following:
Coughing, sometimes with mucus or blood
Chills
Fatigue
Fever
Loss of weight
Loss of appetite
Night sweats.

Diagnosis of tuberculosis
To check for TB, a health care provider will use a stethoscope to listen to the lungs and will check for swelling in the lymph nodes. They will also ask about symptoms and medical history as well as assessing a person’s risk of exposure to TB.

Prevention of tuberculosis Face mask
If you have active TB, a face mask can help lower the risk of the disease spreading to other people.
A few general measures can be taken to prevent the spread of active TB. Avoiding other people by not going to school or work, or sleeping in the same room as someone, will help to minimize the risk of germs from reaching anyone else. Wearing a mask, covering the mouth and ventilating rooms can also limit the spread of bacteria.

In some countries, BCG injections are given to children in order to vaccinate them against tuberculosis. It is not recommended for general use in the US because it is not effective in adults, and it can adversely influence the results of skin testing diagnoses.

The most important thing to do is to finish entire courses of medication when they are prescribed. MDR-TB bacteria are far deadlier than regular TB bacteria. Some cases of MDR-TB require extensive courses of chemotherapy, which can be expensive and cause severe adverse drug reactions in patients.