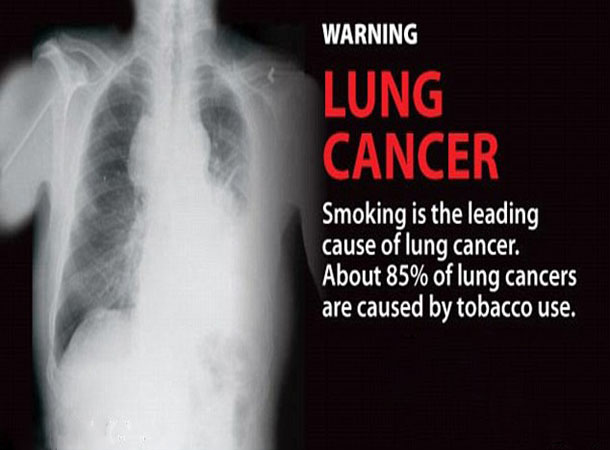 Lung cancer is a disease that may be caused by air pollution. According to LungCancer.org, lung cancer is characterized by the uncontrolled growth of abnormal cells in one or both lungs. Over time, the abnormal cells can develop into tumors and impair the lung&#039;s primary function: to supply the blood, and therefore the body, with oxygen. LungCancer.org states that there are two principle types of lung cancer: non-small cell lung cancer or NSCLC and small cell lung cancer or SCLC. According to a 2002 study by C. Arden Pope III, Ph.D. and colleagues published in “The Journal of the American Medical Association,” long-term exposure to combustion-generated fine particulate matter poses a significant risk for cardiopulmoary and lung cancer mortality. A 2000 study by Fredrik Nyberg and colleagues published in the journal “Epidemiology” concludes that urban air pollution boosts lung cancer risk, and that motor vehicle emissions may be particularly problematic. – See more at: http://www.livestrong.com/article/176670-diseases-caused-by-air-pollution/#sthash.QPaUzMdK.dpuf

Lung cancer is usually fatal – the overall survival rate is about 16% at five years after diagnosis. In 2010, lung cancer was the most common cause of death from cancer in New Zealand, accounting for 19% of all cancer deaths (ahead of bowel / colorectal cancer, breast cancer and prostate cancer).

The reason for the low rate of survival is that lung cancer tends to spread (metastasize) rapidly to other parts of the body very early after it first forms, i.e. before it is diagnosed.

Passive smoking, i.e. the inhalation of tobacco smoke by non-smokers who live or work with smokers, is also an established risk factor for the development of lung cancer.

Although the majority of lung cancers are linked to tobacco smoking, not all smokers go on to develop lung cancer suggesting that genetic susceptibility (i.e. family history) may play a role in the development of lung cancer.

Other causes of lung cancer include air pollution (from vehicles, industry, and power generation) and inhalation of asbestos fibres (usually in the workplace).

Symptoms of lung cancer are varied and warning signs are not always obvious. Up to 25% of people who get lung cancer display no symptoms. In people who do display symptoms, they include the following:
a) Persistent cough and hoarseness
b) Shortness of breath, wheezing, and chest pain
c) Blood-streaked sputum
d) Chest pain
e) Frequent episodes of bronchitis or pneumonia
f) Weight loss, weakness, and fatigue.
A wide range of diagnostic tests and procedures are used to diagnose lung cancer, including taking a patient history, physical examination, blood tests, chest x-rays, computerized tomography (CT) and positron emission tomography (PET) scans, bone scans, bronchoscopy, cytological studies of sputum, bronchial washings, and fine needle biopsy. Many of these procedures are also used to determine the stage of the cancer.

Treatment for cancer involves a combination of surgery to remove cancer cells, and chemotherapy and radiation therapy to kill cancer cells. Lung cancer is incurable unless complete surgical removal of the tumour cells can be achieved.

Surgery is the most effective treatment for lung cancer but only about 20% of lung cancers are suitable for surgery i.e. Stage I and II NSCLC and cancer that has not spread beyond the lung.

Radiation therapy may be used for both NSCLC and SCLC and is a good option for people are not suitable for surgery or who refuse surgery.

Chemotherapy is used for both NSCLC and SCLC. Chemotherapy drugs may be given alone or in combination with surgery or radiation therapy. Chemotherapy is the treatment of first choice for SCLC since it has usually spread extensively in the body by the time it has been diagnosed.

Also used in the treatment of lung cancer are targeted therapies. These are drugs (gefitinib and erlotinib) or antibodies (cetuximab, bevacizumab) that block the growth and spread of cancer by interfering with specific molecules involved in tumour growth and progression. They are used in some patients with NSCLC that does not respond to standard chemotherapy.

The most effective measure that can be taken to prevent the development of lung cancer is to stop smoking. Reducing exposure to passive smoking is also an effective method of prevention.