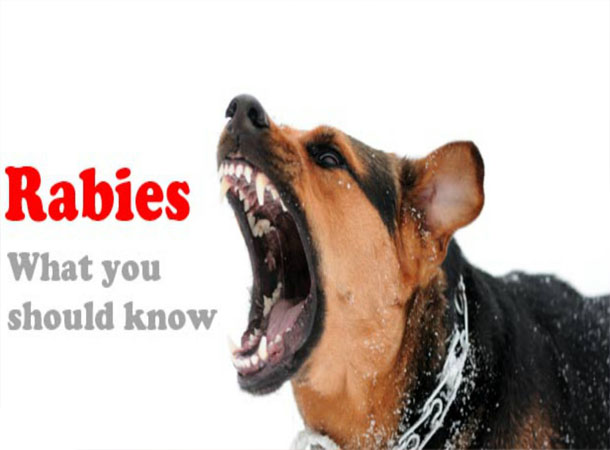 Rabies
At a Glance
Rabies is a life-threatening condition that causes tens of thousands of deaths worldwide every year. Dogs are the most common source.
It’s caused by a virus that attacks the central nervous system. The virus is transmitted to humans via bites and scratches from infected animals.
Rabies can be treated with the rabies vaccine if you seek medical attention as soon as you think you might have symptoms. To help prevent it, make sure that you and your pets are vaccinated.
Rabies — the word probably brings to mind an enraged animal frothing at the mouth. An encounter with an infected animal can result in a painful, life-threatening condition.

According to the World Health Organization, up to 59,000 people worldwide die from rabies every year. Ninety-nine percent of them have been bitten by a rabid dog. However, the availability of vaccines for both animals and humans has led to a steep decline in rabies cases in the United States, where there are two to three rabies deaths a year.

Rabies is caused by a virus that affects the central nervous system, particularly causing inflammation in the brain. Domestic dogs, cats, and rabbits, and wild animals, such as skunks, raccoons, and bats, are able to transfer the virus to humans via bites and scratches. The key to fighting the virus is a quick response.

Advanced symptoms
Initial symptoms of rabies last for two to 10 days before more severe symptoms start to develop. These typically include aggressive behaviour, hallucinations, agitation and producing lots of saliva.
When to seek medical advice
If you’re in a part of the world known to be affected by rabies, always seek medical advice as soon as possible if you’re bitten or scratched by an animal, particularly a dog. You can also catch rabies if you have an open wound that is licked by an infected animal.

Treating and Preventing Rabies
a) People should seek immediate treatment by a doctor after a bite or contact with an infected animal. The sooner treatment is started, the more likely a person will avoid developing the disease. Once symptoms appear, the rabies vaccine and immunoglobulin are not effective and death is almost certain. Rabies is a disease that must be reported to the authorities by law in Canada.

b) The most common treatment of rabies is with postexposure prophylaxis. The first step in treating rabies and to reduce the likelihood of developing symptoms is to wash the wound with soap and water.

People such as veterinarians or cattle farmers who work with potentially infected animals or humans need to be vaccinated against rabies. They will also have periodic blood tests to see whether they need booster shots of the rabies vaccine.

You can prevent being infected with the rabies virus by remembering these tips:

-do not feed wild animals and stay at a safe distance when observing them
-supervise children and teach them not to approach or touch animals they do not know
-stay away from animals showing signs of rabies
-do not bring home wild animals
-if you suspect an animal is rabid, stay away from it and contact the local authorities
-if you have pets or livestock, make sure to vaccinate them against rabies